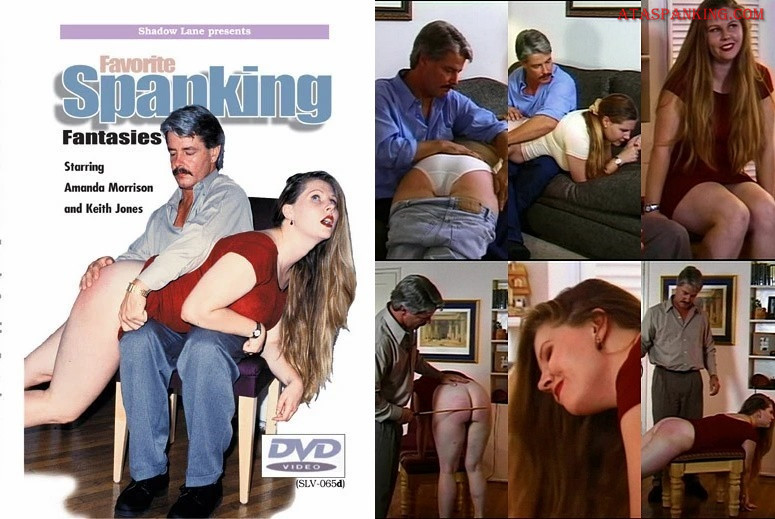 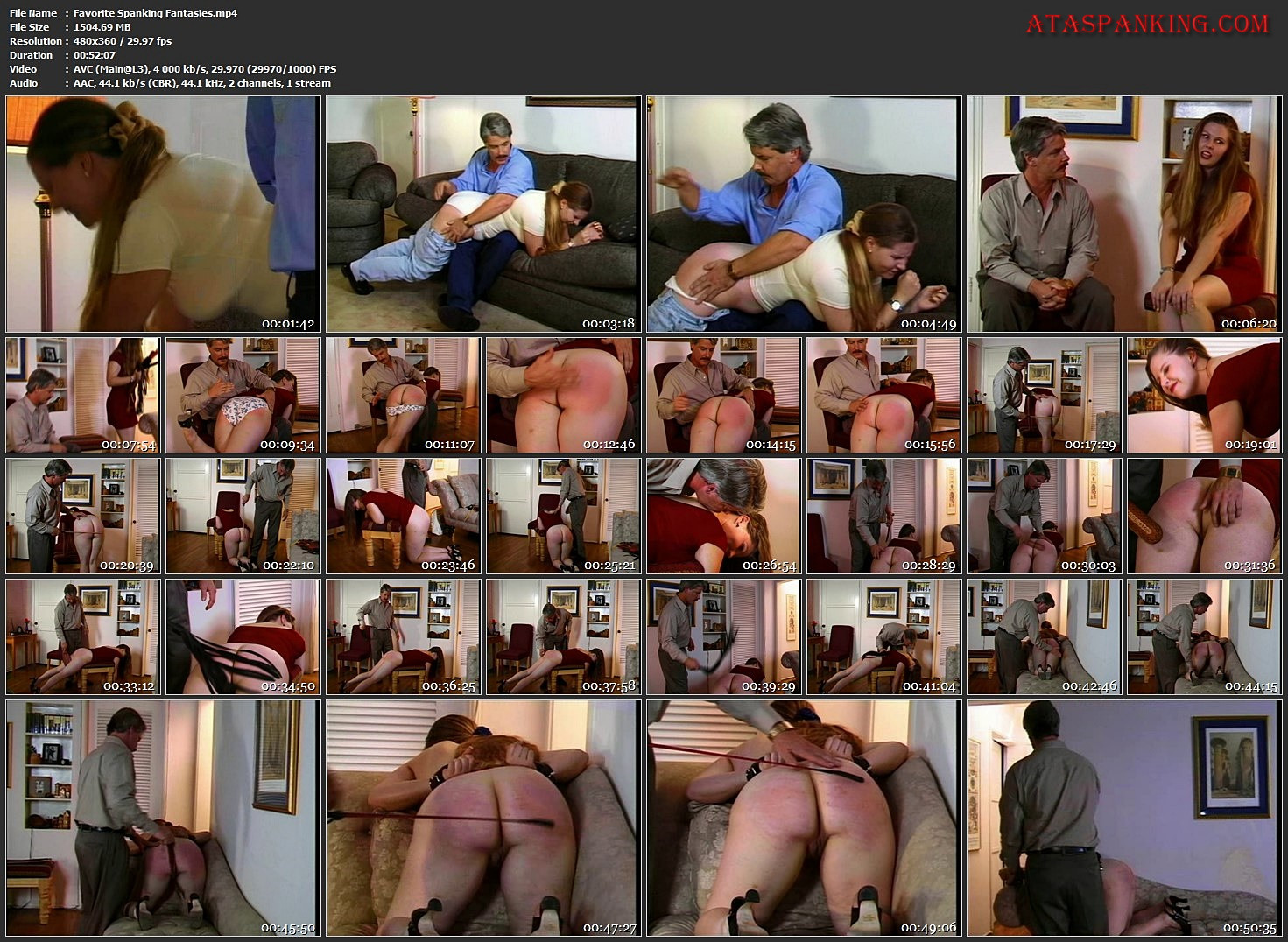 Spanking Fantasy #1 “Darling Disobedient Daughter” Responsible and well-behaved Heather, 22, drives her dad’s Jeep, with his permission, to meet friends at the beach, promising to call if she plans to return home later than usual. Late that night while anxiously awaiting his ponytailed daughter’s return, Keith begins to hear radio bulletins describing the “Ponytail Bandit” who carjacks girls with ponytails driving sport utility vehicles. Heather guiltily steals home mid-morning the following day, having spent the night with her boyfriend, only to find Keith furious with worry, having just phoned the police to report her disappearance. Not mincing words, Keith takes off his belt and applies it to the back of Heather’s faded blue jeans, until she begins to understand how much she has upset her doting parent. Just to drive the point home, Keith also administers a bare bottom, over the knee spanking to the pretty, voluptuous blonde. This scene is realistically brief.

Spanking Fantasy #2 “Sophisticated Discipline” Most younger women into spanking look forward with great anticipation to their first encounter with an attractive, experienced older man. Here Keith and Amanda explore several favorite corporal punishment positions using a variety of spanking implements, including the hair brush, strap, crop, flogger and cane. Concludes with a soothing massage of cream into Amanda’s punished bottom. That soft, round bottom is turned dark pink by the end of this somewhat sensual but mostly firm, no nonsense disciplinary spanking scene.