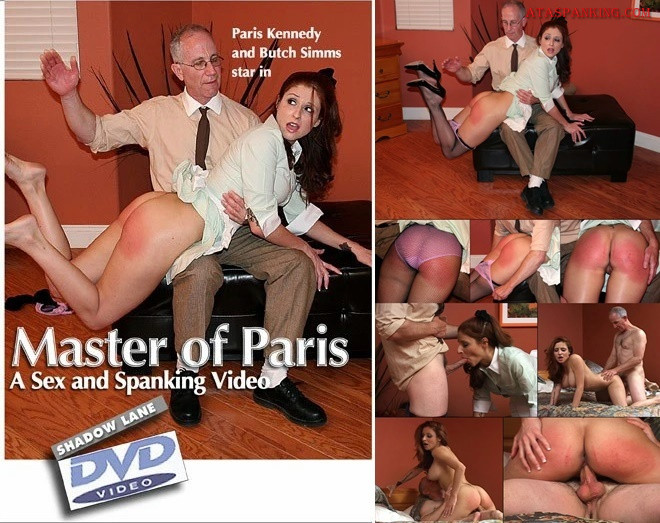 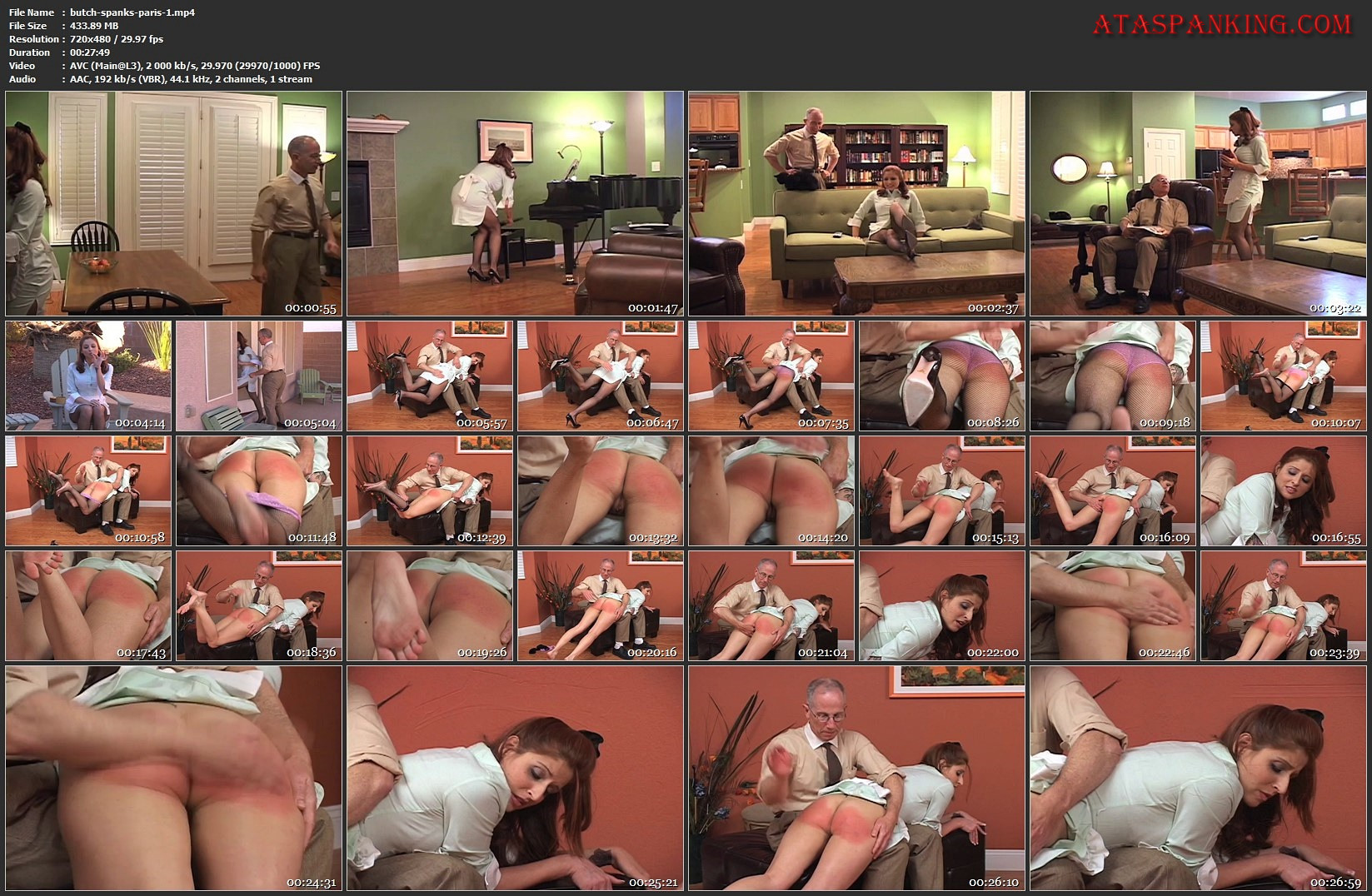 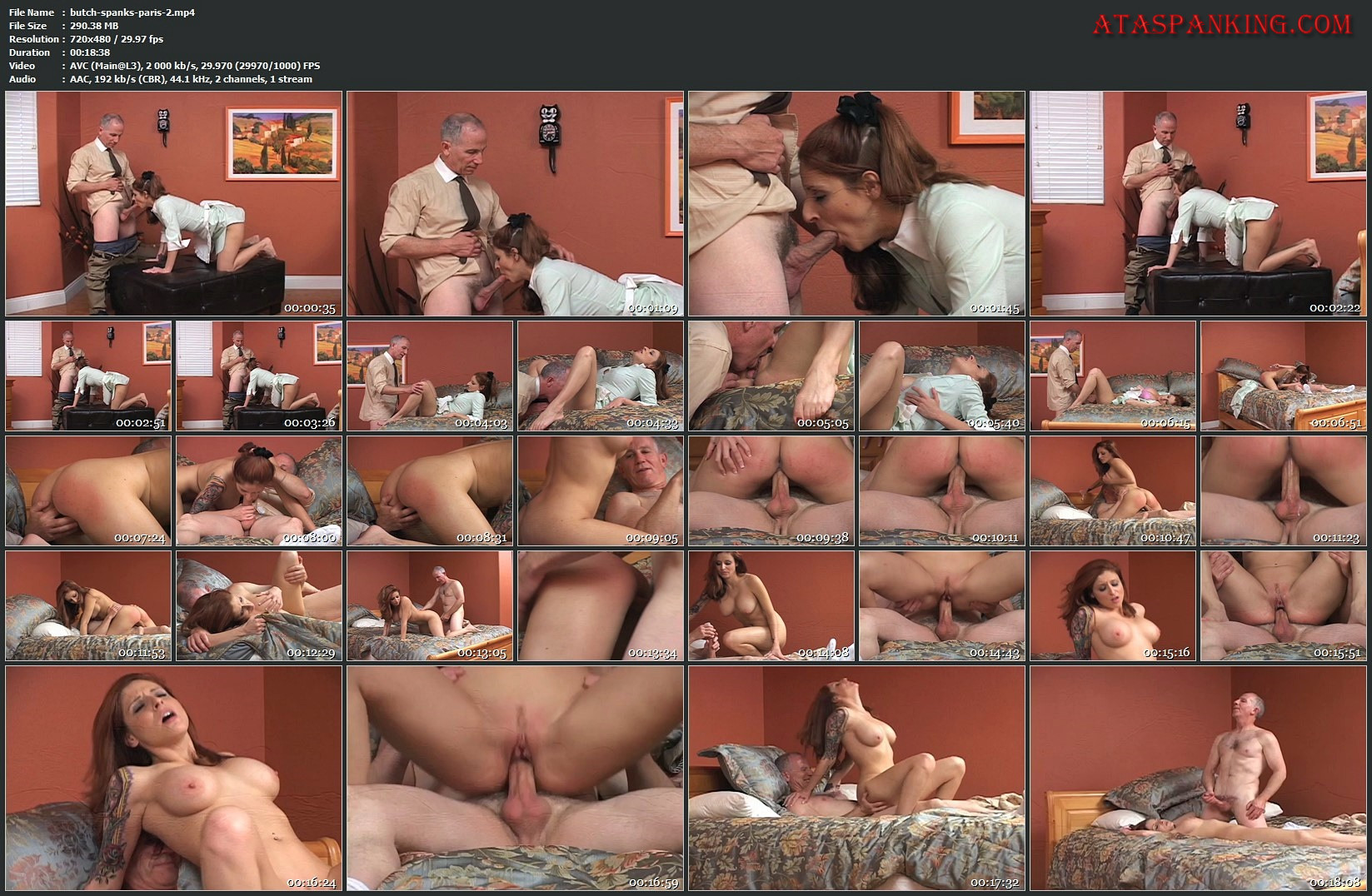 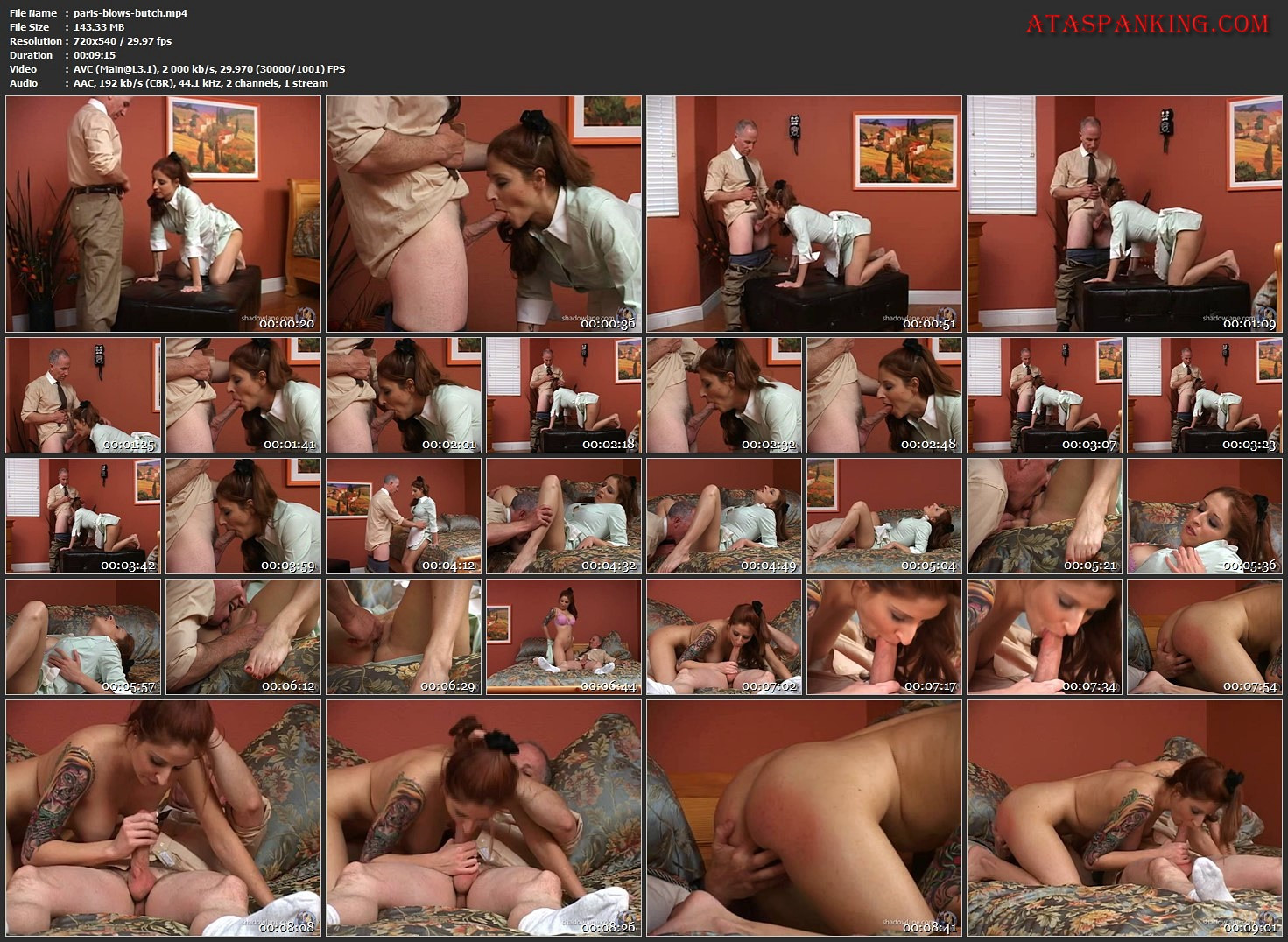 Hired for her good looks rather than her housekeeping skills, new domestic Paris spends her first morning at work doing exactly what you’d expect her to do, which is not much. But her boss Butch Simms has guests coming that evening and needs for the house to be perfect, so he keeps following her around and catching her being lazy and inattentive to her duties.

Finally, after the third or fourth time she annoys and exasperates him, Simms threatens to spank his new employee, who looks fantastic in her clinging uniform, with her voluptuous bosom (pushing against its buttons), her gracefully tapering waist and her shapely bottom so seductively outlined by her glove-tight skirt. After repeated warning and scoldings, Paris pushes the envelopes a little too far, letting her strict new boss catch her smoking a joint in his back yard. It is all over now but the kicking and screaming.

Butch drags Paris back into the house and straight to his bedroom, administering a good, hard, over the knee spanking to the idle, rule breaking house maid. Paris feels Mr. Simms’ hard hand through her fishnet tights and panties and then on creamy bare bottom, until it is cherry vanilla.

Spanking Paris (and intermittently finger fucking her to wetness) gives Butch a giant erection and another good idea, so taking full advantage of his position, he demands she pleasure him with her sensuous mouth. Paris proves a lot better at giving head than she was at dusting and sweeping and in no time at all her employer’s lusty hard-on grows even more robust.

In characteristic style, Butch initiates several rounds of pile-driving sexual intercourse, in a series of classically revealing positions, all of which expose the ravishing allurements, including the tight, pink pussy, of the fully nude, auburn-haired beauty to perfection. After a number of rounds of vigorous and completely explicit sex, during which the luscious young lady lubricates like crazy, Paris inspires her employer to gush with praise for her, at least in respect to her skills as a partner in bed.

This slightly hard-edged but basically traditional male dominant-female submissive scenario features an adorable gen-x aged spankee enticing, submitting to and subsequently satisfying an athletic, well-endowed and virile older man. It’s Paris Kennedy’s first sex and spanking video and it is drenched with her own brand of Hollywood bad girl charm. We first featured with Paris in “The Mischief Makers” (SLV-096d), which was shot when she had just come out in the scene and started making movies. Six years later she’s become daring enough to star in a movie like this one, playing every spanking man’s costumed fantasy girl, a delicious submissive who goes all the way in a scene.