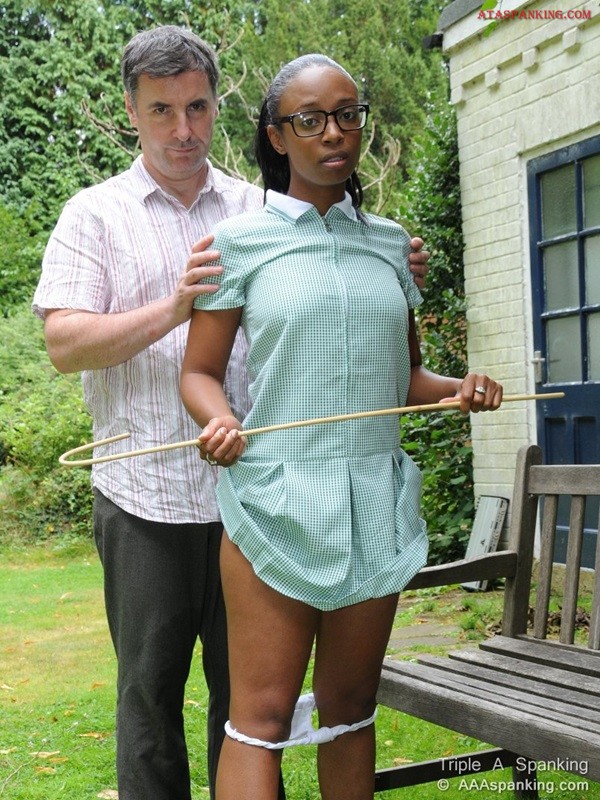 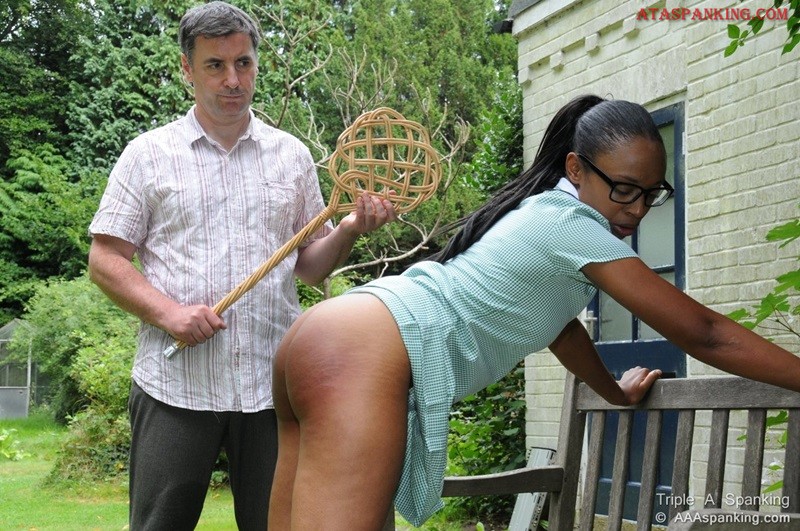 Lola was late for her outdoor detention punishment at Mr Osborne’s quarters in his private secluded garden where he enjoyed punishing his girls when the weather was nice! He didn’t give her time to make excuses even though she was trying to tell him that she badly needed to go to the toilet. Quickly into her OTK spanking she tried to wriggle off Mr Osborne’s lap before she could no longer hold what she should have expunged earlier… out it came, through her regulation white knickers, all over Mr Osborne’s trousers. He was so shocked that before he had time to properly act, she had completely soaked his right leg from her desperate overdue pee! Lola’s punishment took a turn for the worse after this as she was humiliated further after receiving the carpet beater and 2 different canes before being told to wear her damp, sodden knickers for a final embarrassing session with the cane and his stinging hands across her wet burning cheeks! It’s a quirky and very kinky schoolgirl punishment film that will appeal to lovers of this most naughty bad behaviour! 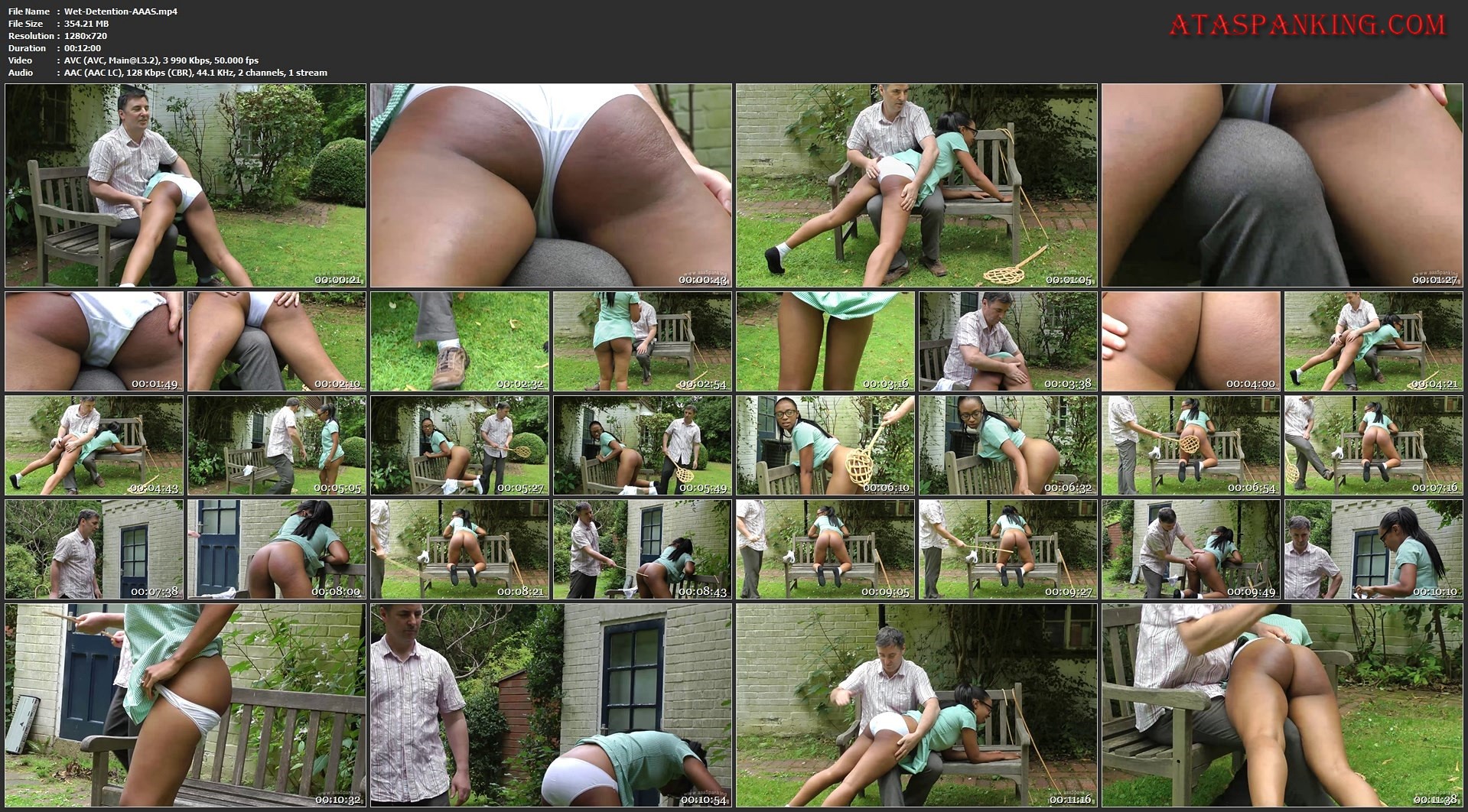