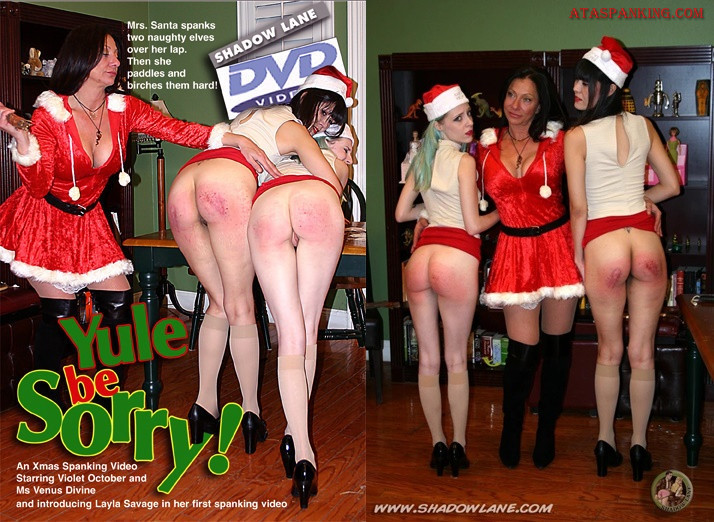 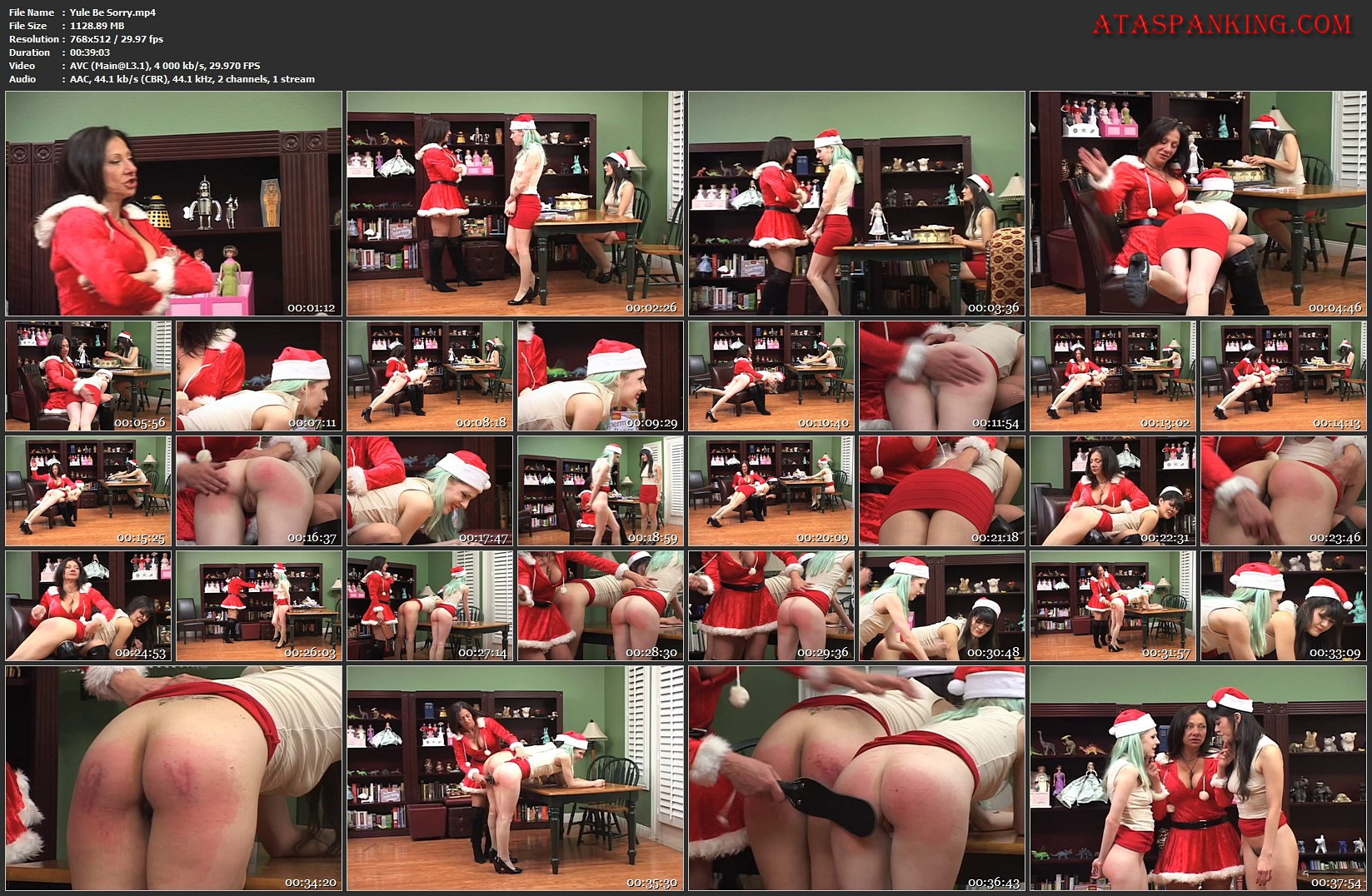 Mrs. Santa is shocked and disappointed to see Santa’s Helpers fooling around on their phones instead of making toys. Mrs. Santa tells Elf Violet and Elf Layla that they will be punished. Naughty Violet asks to be assigned to the sex toy department instead of the doll shop, which makes Mrs. Santa even angrier. She takes Violet over her lap first, setting Layla the almost impossible task of completely changing the outfits on two fashion dolls, as fast as she can. Mrs. Santa goes on spanking Violet for a long time, because those tiny doll clothes are hard to work with and Layla is clumsy and slow. Violet’s bottom is a deep, dark red by the time those dolls are dressed. Spunky little Violet October goes submissive to powerful Venus Divine for the first time and the chemistry is fantastic.

Now it’s Elf Layla’s turn to be spanked, while Violet is set a difficult task, in this case, to build a house of cards. Mrs. Santa takes the tall, slender, leggy brunette over her lap and begins to spank her hard. Layla is properly submissive, as every Santa’s helper should be, but she can’t help but squeal and squeak as Mrs. Santa’s hand comes down on her shapely bottom again and again. As with Violet, the spanking begins over her skirt, continues on her panties and ends up on her bare backside, which goes from pink to rose to wine red, in the course of her punishment. Every time Violet makes a bit more progress on her house of cards, Mrs. Santa upsets the table and Violet has to begin again. Poor Layla gets the worst spanking of her life! Lovely Layla Savage makes her spanking debut with Shadow Lane in Yule Be Sorry.

Mrs. Santa has one more trick up her red velvet sleeve for the naughty elves to endure. Now she bends them each, bare bottomed, over the table, side by side, and orders them to pick various cards from her pack and tell her the denomination. Then she multiples the numbers, depending on her whim, and proceeds to administer that many strokes to each girl with two leather paddles.

For the grand finale, Mrs. Santa flogs the girls, side by side, with a cinnamon birch rod, that splinters in dozens of tiny pieces as a result of her enthusiasm and the resilience of the pretty elves’ firm bottoms. Merry Christmas Spanking Fans!