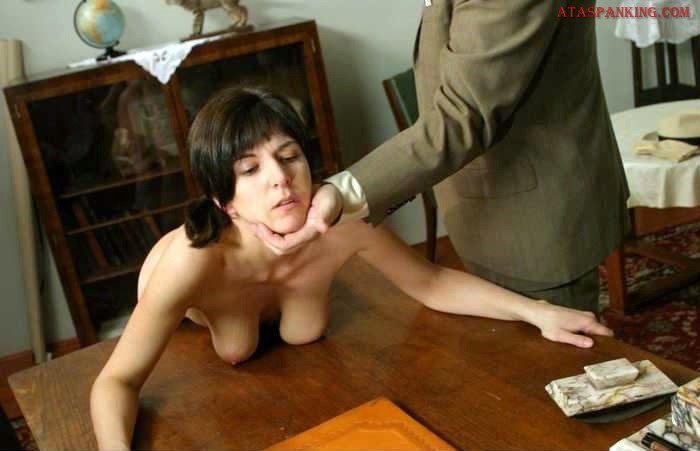 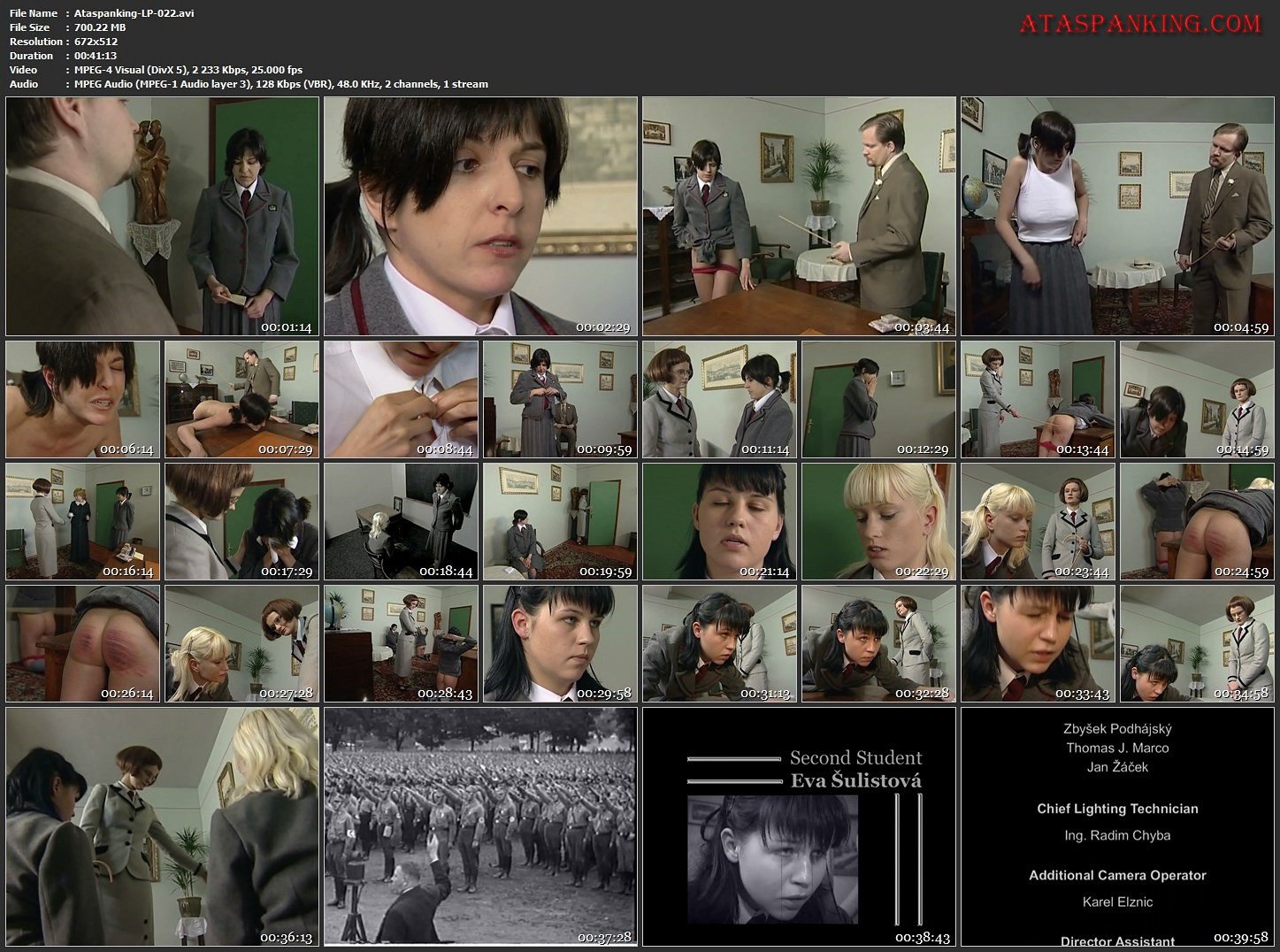 A school is one of the most popular settings for a spanking movie. To be honest, who wouldn’t enjoy school uniforms and sheepish girls reporting to the headmaster’s study or teacher’s office for strict punishment? Who wouldn’t be moved by the tears of schoolgirls who suffer painful beatings on their bare bottoms?

In this movie, we are introduced to a headmaster’s office in the late 1930s. Do you remember the story of “Teachers’ Exam Meeting”? You won’t meet that esteemed headmaster today; he has left for a business trip, but you will definitely find a substitute in the school.

The well-dressed dasher hanging around the room? No, not him. He’s an insurance agent, waiting for the headmaster’s deputy. The door opens, but what’s this? A girl enters, holding a note and speaking in a foreign language, which the good man recognizes as English. Everything is clear now – the girl has come for a caning. And she is a foreigner, probably one of those English exchange students. At first he tries to tell her that she’s made a mistake, that he’s not the headmaster. She doesn’t understand. Then he has an idea. She has come for a beating: she will get it and he will spice up his boring life of selling insurance with a nice, juicy adventure.

He forces the poor girl to take off her clothes and her naked bottom tastes not six, as written in the note, but twenty-five severe strokes of the cane. No matter how the girl begs in Czech, no matter how she begs in English, the man, who as a boy experienced the tough methods of the Austro-Hungarian school, mercilessly decorates her bottom with stripes. And once finished, he disappears.

The whimpering girl is disturbed by the headmaster’s deputy, a young charming lady, who does not initially understand what’s going on. But she figures it out very quickly after she reads the note ordering the student’s punishment. The girl tries to explain that she has already been punished and shows the marks on her bottom. But the deputy doesn’t listen. She performs her duty and gives the poor girl another twelve strokes.

However, the deputy wants to know what led to the girl ending up under the rod. And here we go – two classmates have been cruelly bullying the foreign student. No wonder the girls got into a fight!

The deputy does not hesitate and both the students are called to the headmaster’s office. They are notorious troublemakers and know what they can expect. They talk back at first, but finally they submit to their fate. Each girl gets forty hard strokes on her naked bottom. Crying, whimpering, tears – in this familiar symphony every girl’s rebelliousness melts. The story comes to its end, the girls apologize to each other and the deputy feels satisfied. She talks to them about understanding between nations. After all, it’s the late 1930s and there is a meeting in Munich discussing this very topic, at the highest level, of the utmost importance…

“The Exchange Student”, produced by Lupus Pictures, meets all the requirements of a good spanking movie: severe canings and girls’ tears and pain, not to mention the dark atmosphere as the girls anticipate the oncoming beatings and know they cannot escape their fate. And it is all presented as a humorous story with unexpected twists, as well as a bitter point. We know you’ll enjoy it.

“The Exchange Student” introduces us to a headmaster’s office in the late 1930s. You will experience the misadventure of three punished girls, caned on their bare bottoms. This entertaining story is filled with unexpected twists and even a bitter point.