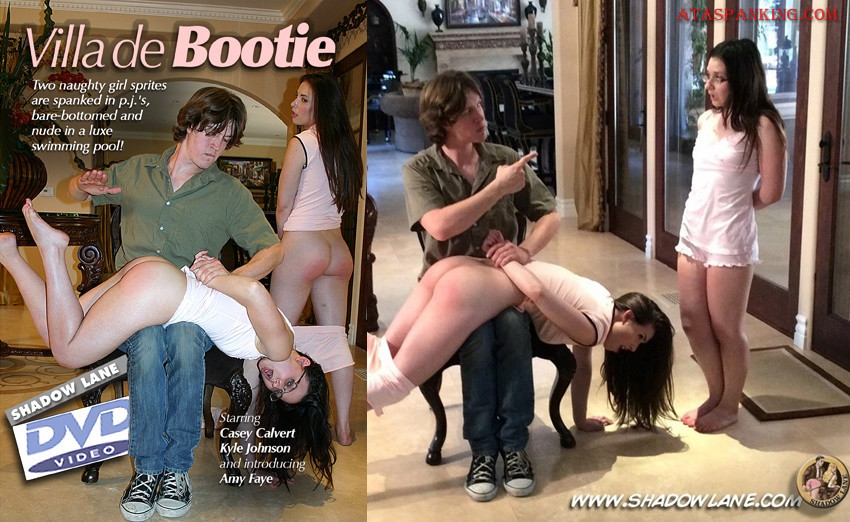 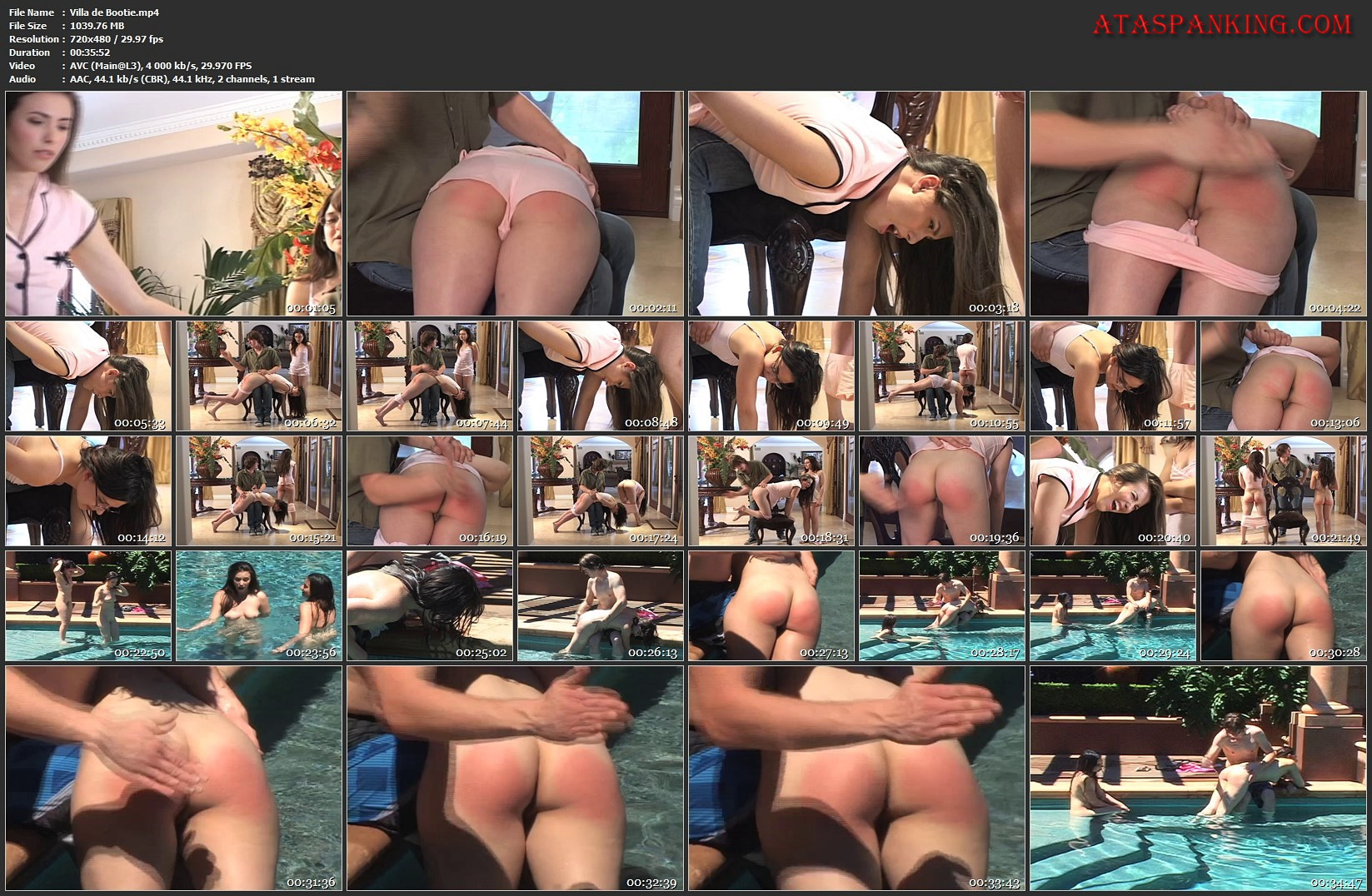 Two naughty girl sprites are spanked in p.j.’s, bare-bottomed and nude in a luxe swimming pool!

Act One: In this summery story, Kyle Johnson invites his two best friends, Amy and Casey, to keep him company in his uncle’s stunning mansion, in return for helping him keep it in order. But naturally, the girls let Kyle down. He had given them fair warning of what would happen, so they are not surprised when they are told they will both be spanked.

The chief instigator of mischief is beautiful Casey, who admits, under the duress of a stinging hand spanking, to borrowing money from Kyle’s wallet without permission the previous night, to finance her partying with Amy. Though firmly smacked, the unrepentant brunette aims several pointed insults at Kyle, reminding him of how she used to bully him in high school, before they were friends.

Naturally, this earns Casey a much sounder punishment, during which she is made to bend over and touch her toes to present her flawless upthrust bottom for additional discipline.

Next, little Amy comes in her for share of stern, over the knee spanking from Kyle, first over her skimpy pink pajama bottoms and then across her delectable bare cheeks. Amy Faye makes her Shadow Lane debut in Villa de Bootie. This extra-petite dark eyed nymph radiates adorable, girl- next-door realness as she kicks her shapely legs and wriggles on Kyle’s lap.

Act Two: Instead of seeing to their chores, Kyle’s naughty house guests agree to skinny dip in the gorgeous swimming pool. Taking off their clothes, they both jump in, only to be caught and scolded roundly by their host, who reminds them that security cameras around the back yard are recording their mischief for his uncle to eventually see. The girls don’t seem to care and defy Kyle when he orders them out of the pool. So in he jumps, to swim after the brats and drag them back, one in his hand and one over his shoulder, to the edge of the pool, for more spanking. First Amy’s wet bottom is soundly spanked. Then Casey is told it’s her turn. Once again, Kyle has to jump in the water, chase his quarry and drag her back to the pool’s edge for a wet bottomed spanking. After both bad girls are thoroughly spanked, they are told to stand with their bottoms on display. But sticking their tongues out at Kyle earns them extra hard swats.

Villa de Bootie sparkles with the cutest cast of millenials ever. Now 27, the lean, new Kyle Johnson demonstrates his mastery of the art of spanking. With two spritely brats to take in hand this time, he’s got his work cut out for him. Casey Calvert, is as always, exquisitely lovely and seductively bratty. While little Amy, with her delightful figure, long brown hair, cutie pie face and glasses, enhances the ensemble with her own uniquely girlish looks and personality. After watching this nude spanking scene, you may also have to jump in a pool to cool off.