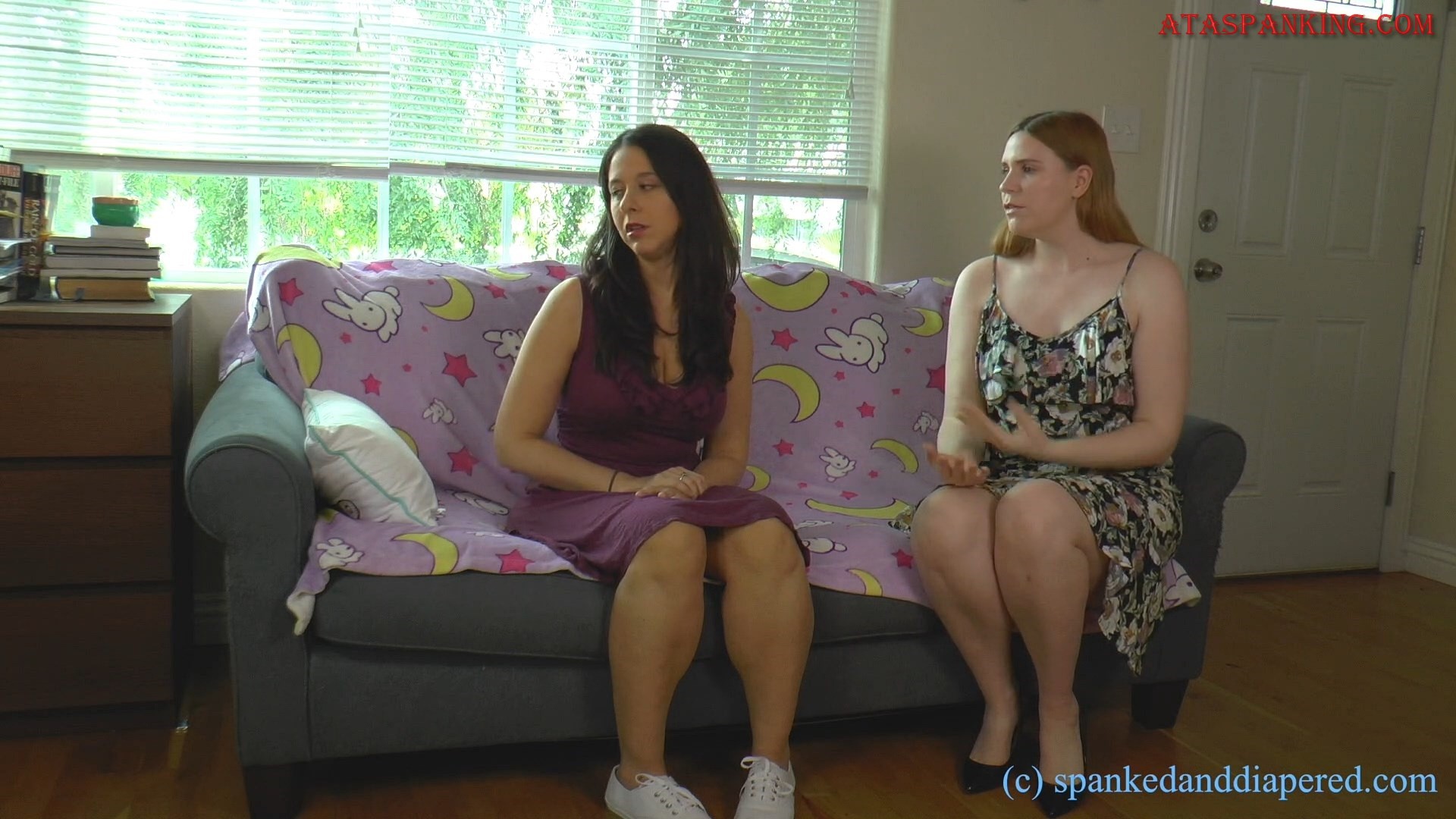 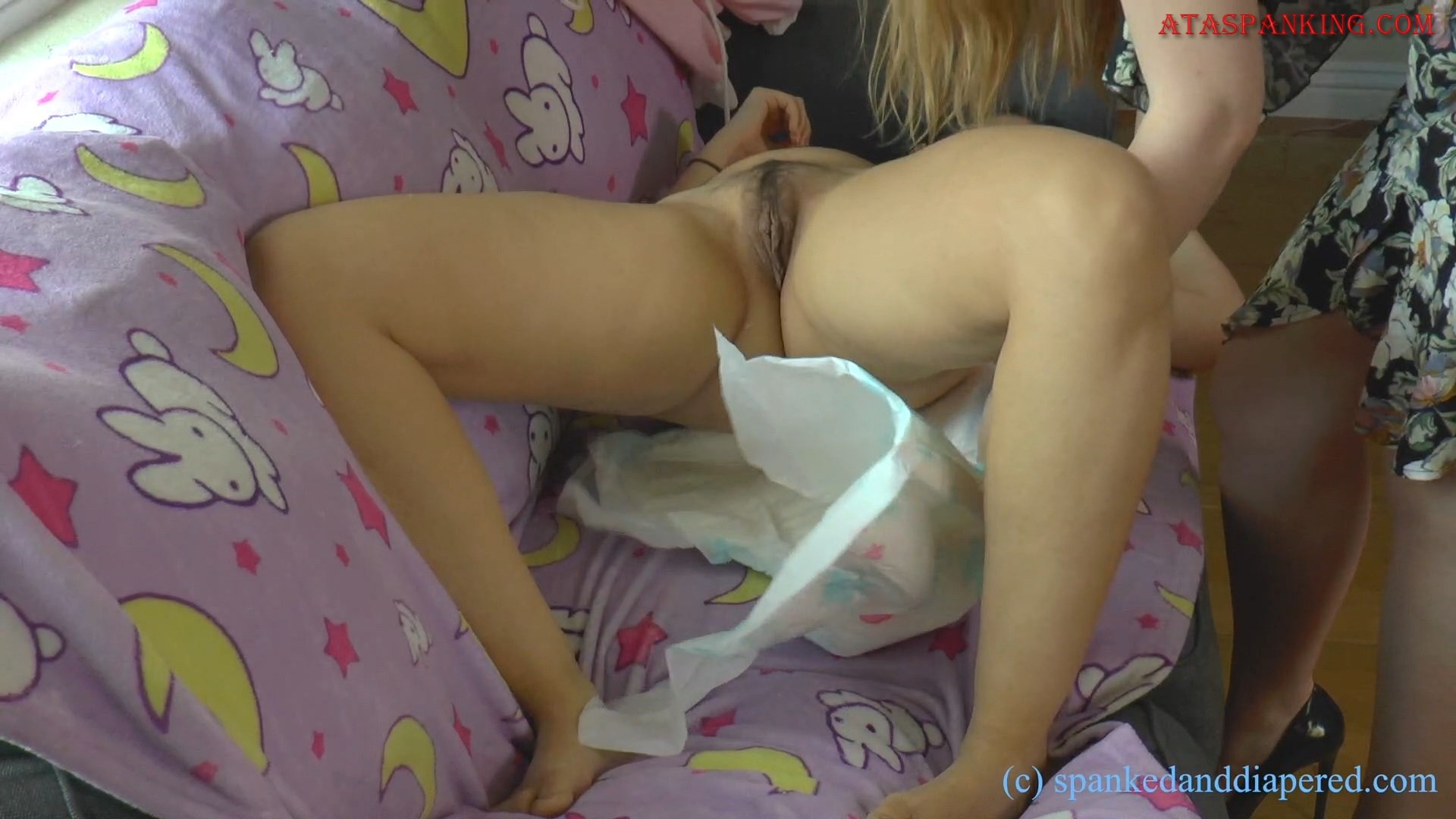 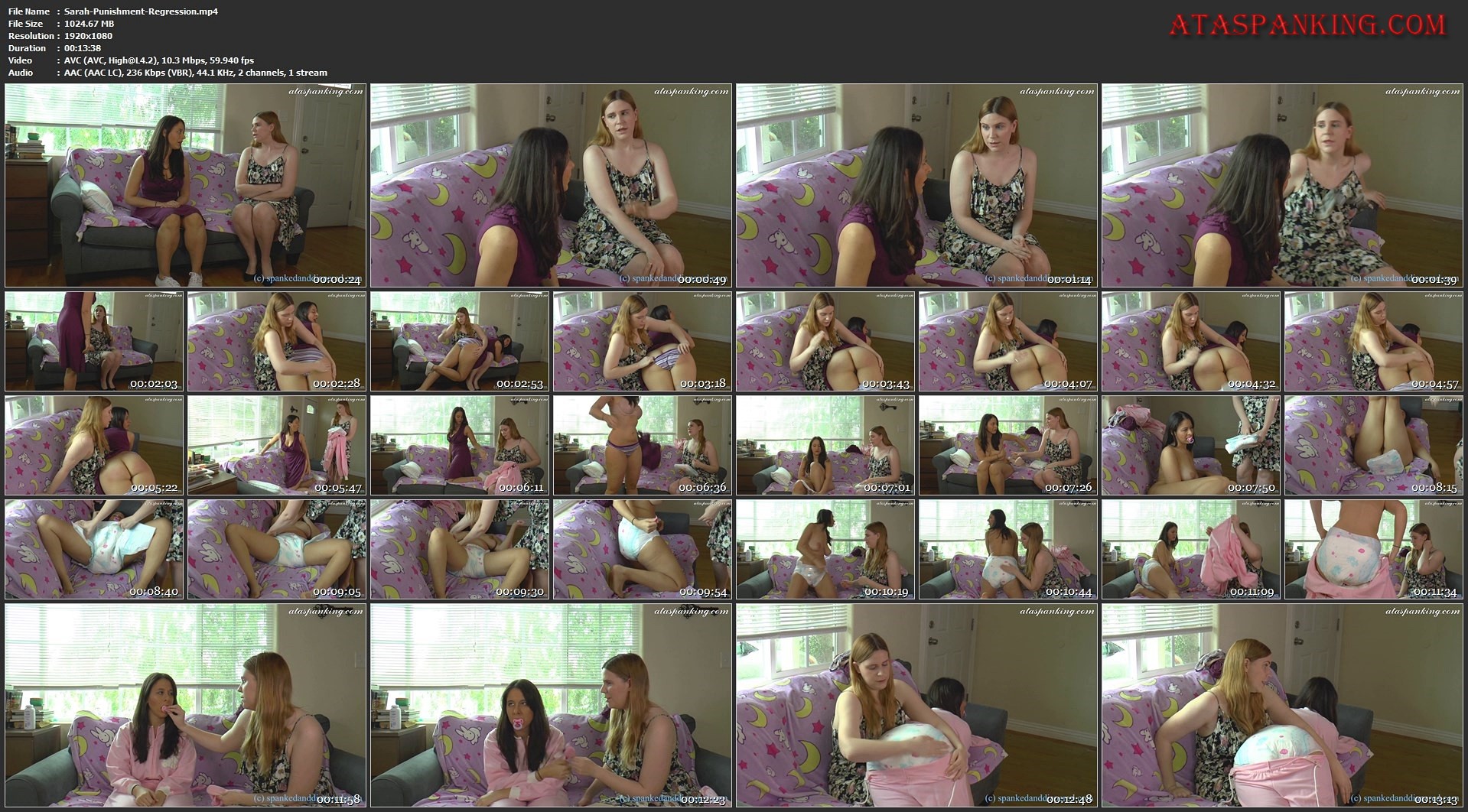 Sarah Gregory is a college girl who isn’t old enough to drink yet but got caught at a bar trying to use a fake ID. Her father usually handles the discipline, but her stepmother, Alex Reynolds, has decided to step in. Sarah thinks she’s so grown up that she can disobey the law and drink when she isn’t allowed to, so Alex is going to show her that she’s really still a little girl with some humiliating regression punishment.

First, Sarah is in for a spanking over her stepmom’s lap, first over her panties, and then on her bare bottom. Then, Sarah is stripped nude, showing off her ample breasts despite her attempts to hide them. Ignoring all of her bratty stepdaughter’s protests, Alex spreads Sarah’s legs and powders her, then tapes her into a Fabine diaper. Sarah looks very cute as a naked baby in just her diaper, but she’s beyond embarrassed.

To make matters worse, Alex coos and baby talks at her then dresses her in some humiliatingly babyish pink dropseat pajamas. She’s given a pink pacifier and a baby rattle to play with. She certainly isn’t a big girl anymore– she’s a well spanked, blushing little baby now, and she’s going to do as she’s told and follow all the rules or else she’ll be back in diapers permanently! 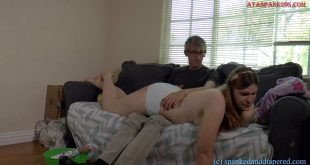 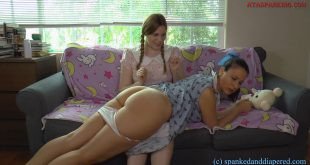 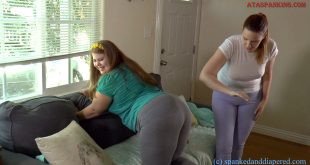 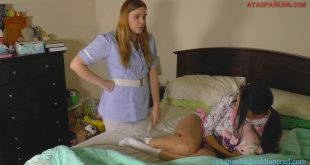